My work is characterized by mixed anatomies and shapes: human faces and bodies combine with textures and skins of different nature, giving life to hybrid beings.
Through unusual, bizarre, and surreal bodies, my work focuses on the themes of transformation, self-identity, sense of belonging, communication between human beings, with the cosmos and with the divine, connecting the current world with a mythical and ancestral universe. 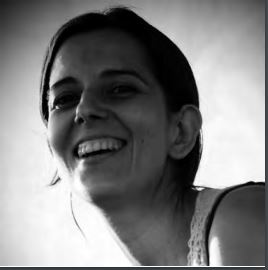 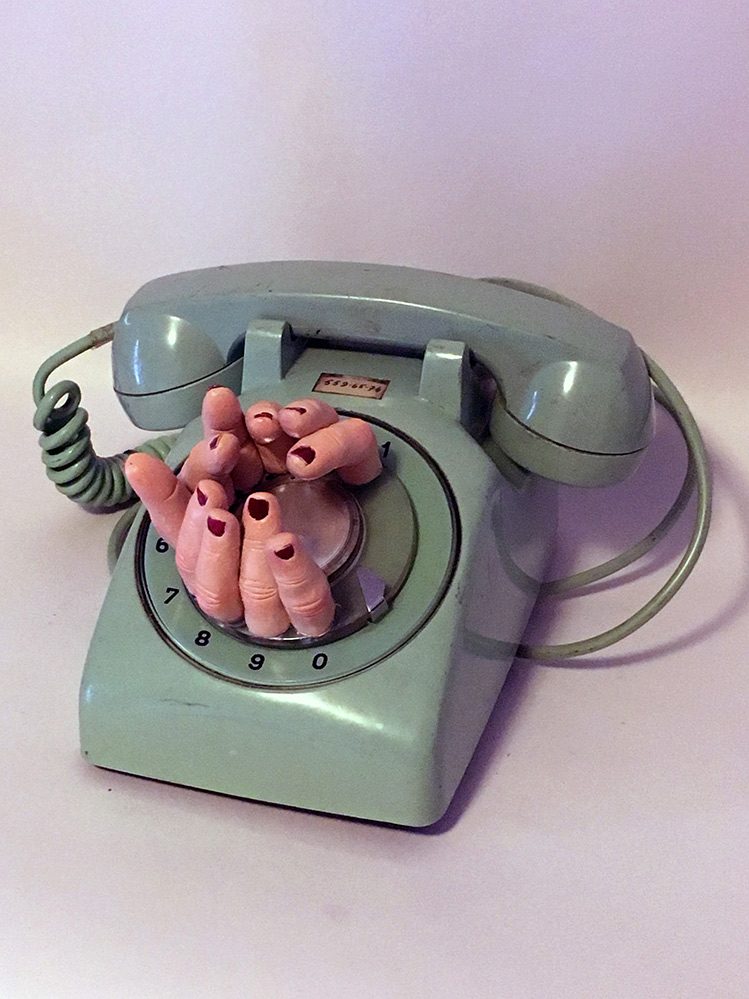 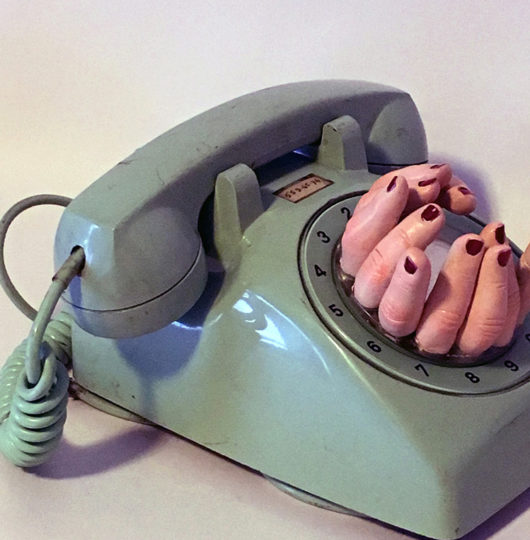 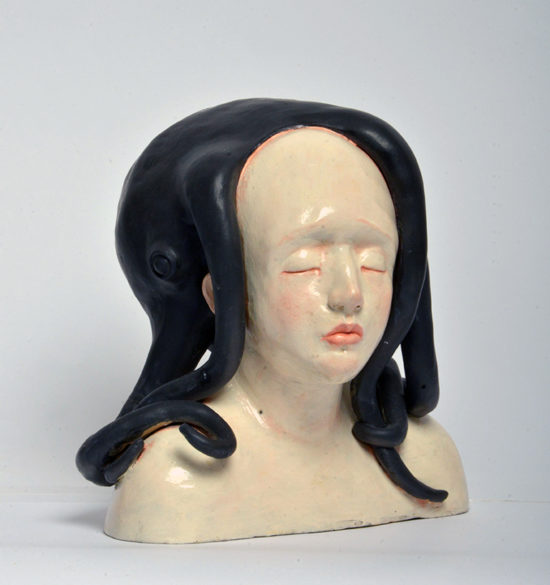 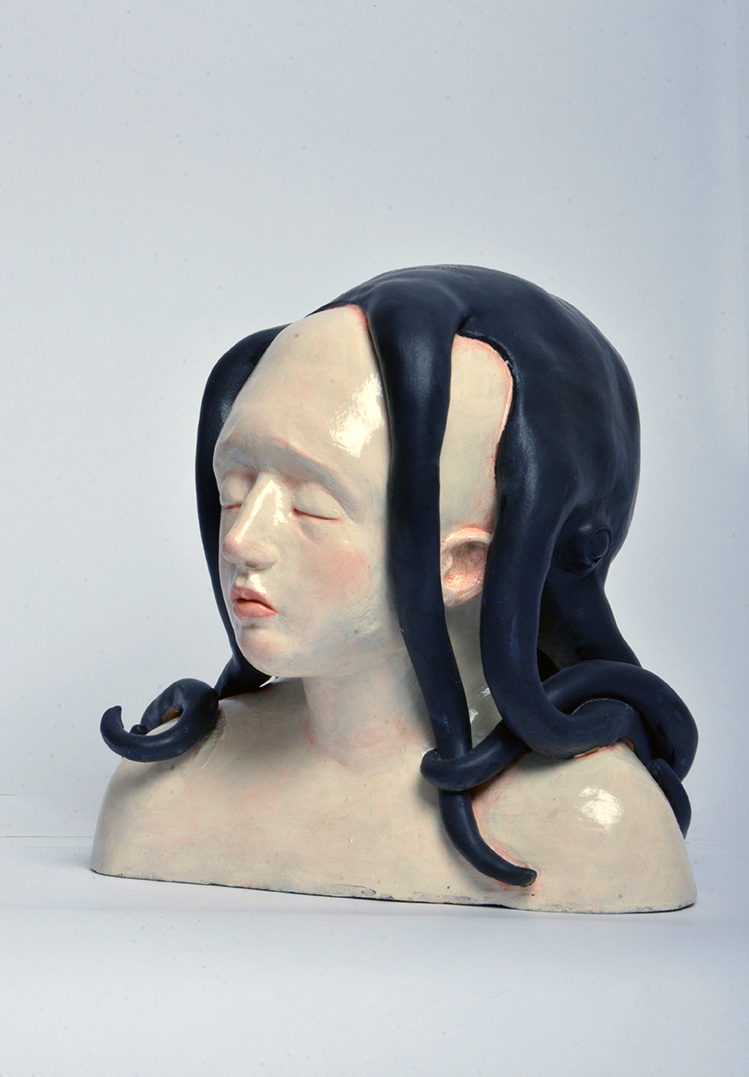 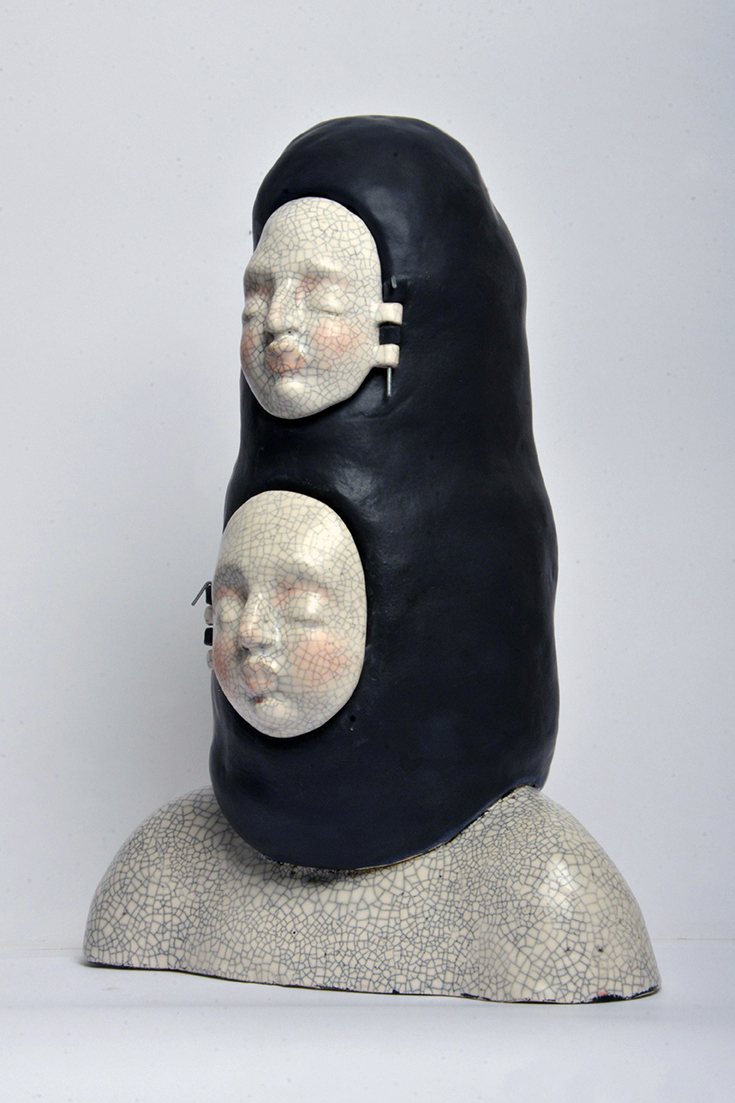 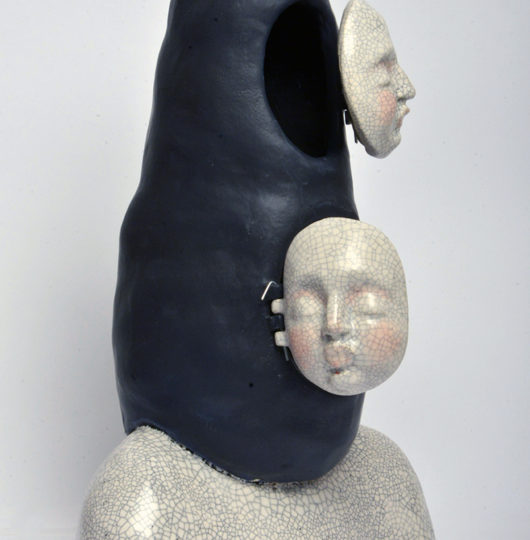 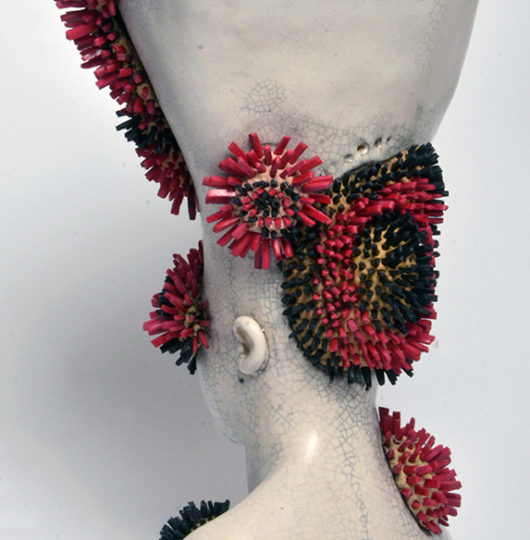 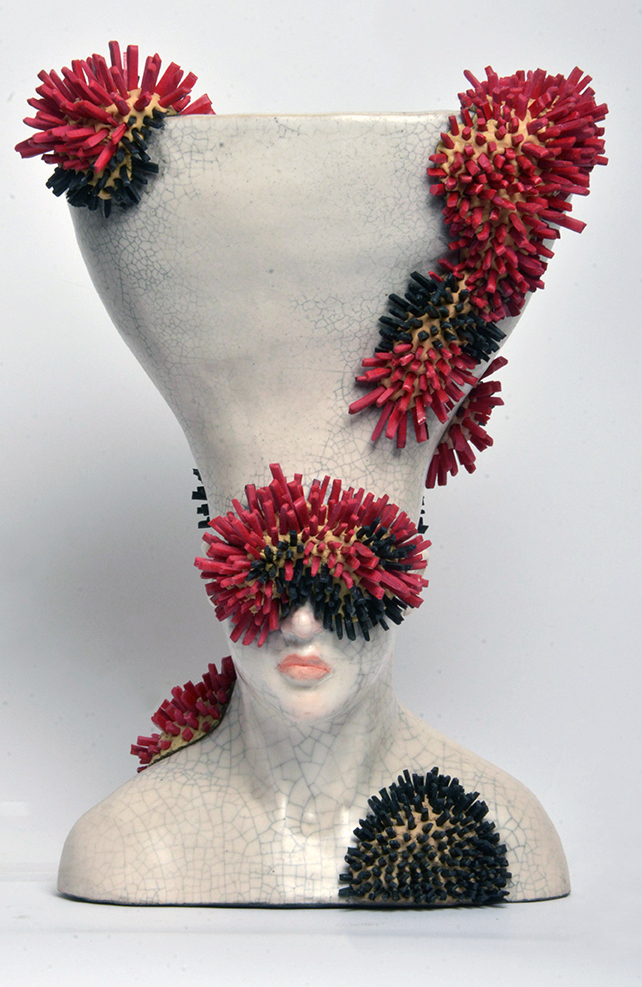 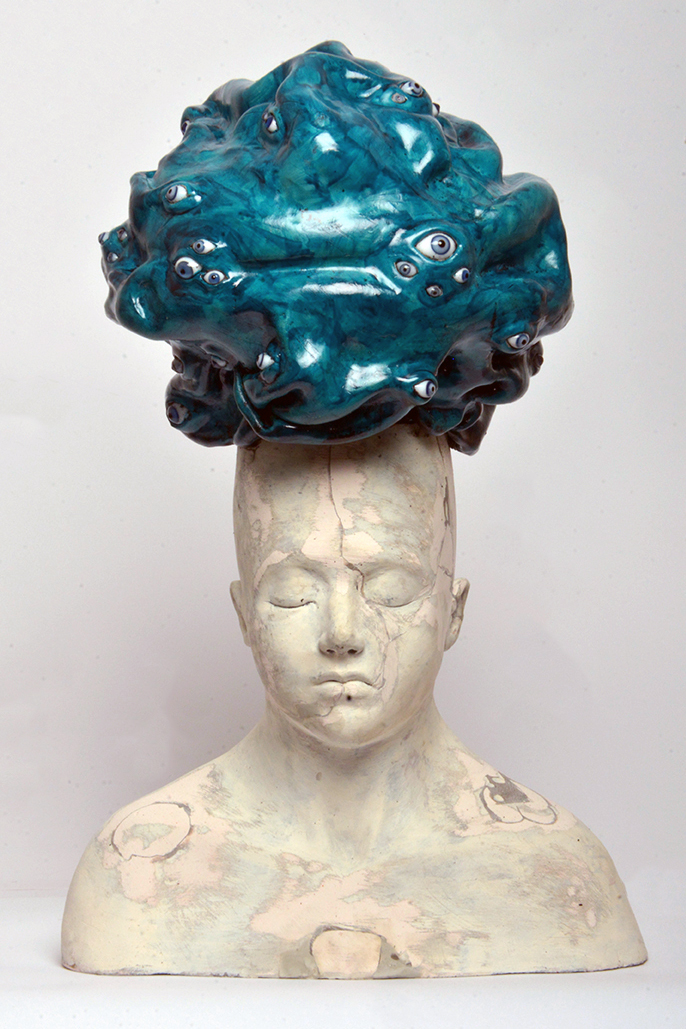 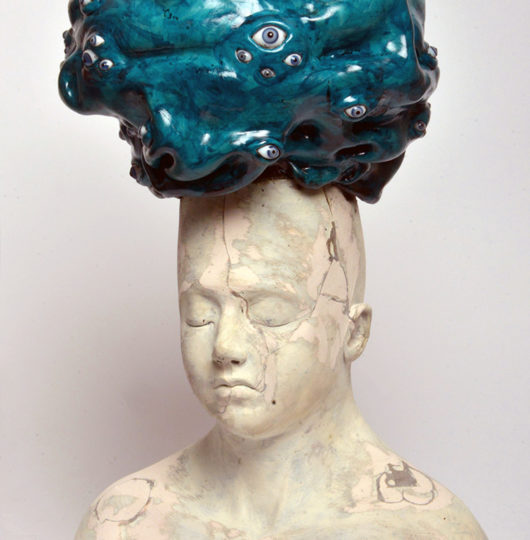 The forms that I work are an invitation to reevaluate the concept of beauty and values ​​in general, moving away from stereotypes, suggesting different reflections and feelings, and the possibility of putting our beliefs into discussion.
As an artist, I believe that the most important task is to stimulate a new feeling and thinking, and finally produce a change in who observes and opens up.
I mainly resort to sculpture because it is an immediate, direct language, without abstraction or synthesis. Sculpture is inevitably honest, solid, it does not hide anything, it is a perfect tool to get to know the other and to get to know oneself, displaying the possibility of getting in touch with oneself ”.
Italian artist based in Mexico, she conducts her studies in Plastic Arts at the Milan Academy of Arts. Since 2004 she has been dedicated to making special effects and sculpture for the film industry, and thanks to this profession she learned modeling techniques that she began to transpose into her personal work as an artist. Francesca arrives in Mexico in 2006 with the production of Mel Gibson’s film Apocalypto, and decides to stay for professional reasons. The surreal influence of life in Mexico, together with the love for cinema and fantastic literature, decisively marks his style and concept.

Her work investigates the fantastic anatomy, the dream, the own identity, the transformation and spiritual evolution, the sense of belonging, loneliness, the connection between human beings, with the cosmos and with the divine. In her career, Francesca has 15 individual exhibitions (Traeger and Pinto, Sebastian Foundation, Gallery of the Iberoamerican University,
Space and Place, Etching, Malaga Gallery) and numerous collectives in Mexico and Italy. Her work has been reported in magazines specialized in art (Horizontum, Scenario, La Razón, Milenio Diario, El Universal, Distrito Global) as well as numerous cultural programs on radio and television (Canal Once, El Matutino TV, El Financiero TV, among others. ).

+Part of her career consists of dedicating herself to the teaching of plastic arts and characterization: for 9 years she has trained talents in the artistic and cinematographic fields.